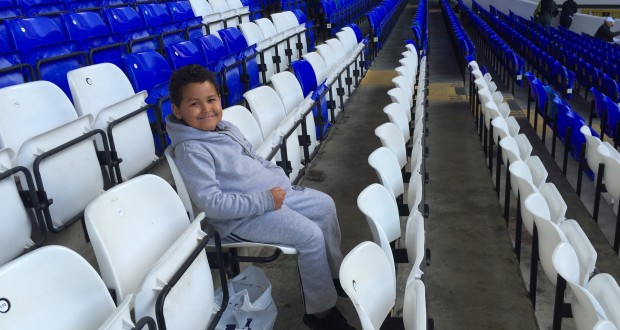 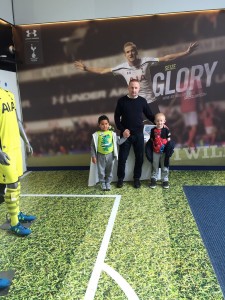 Live in Royal Lemington Spa in the Midlands 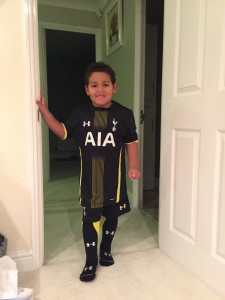 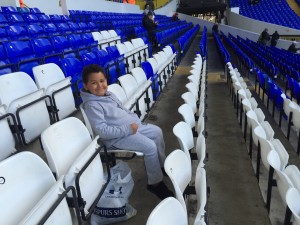 Been a Spurs fan all my life, born in Tottenham, whole family are Spurs fans.

Do you have a favourite player? Past and present.

My most favourite player has to be Paul Gascoigne, a true great, it’s a shame that people look at him today and forget that he was one of worlds best football players.

I have many Spurs memories but one that always sticks out is Gazza’s free kick against the scum in the 1991 cup semi final at Wembley, I was there that day, what a goal.

How often do you go to WHL?

I have been a season ticket holder at Spurs for at least 15 years now, my dad & brother are as well. I go to all the home games and living in the midlands now, I get to go to the away games up here as well.

I have only lived here for 3 years and I must say, that there are more Spurs up here than any other team, I heard in the small town I live there is a group of around 20 that travel all over the place to watch the mighty Spurs. I have not met up with any of them.

What do you think about last season?

Last season was the same old Tottenham, kinda frustrating living up in the Midlands travelling down and seeing a negative performance week in week out, disappointing to say the least, at least we got 4 points off the scum.

What do you think about the new season?

New season will be interesting, we know poch likes to give the youngsters a chance which is good but we really do need a striker to partner Kane.

What do you think about the new kit (home/away/third)?

I quite like the new kit, well, anything with the famous one and only cockerel on it is great.

Are there any players that you do / don’t want to leave the club at the end of the summer transfer window?

I think the club has got rid of the right players, still need to cash in on a couple more, adebyour and sad to say but Lennon could do with a new challenge.

Are there any players that you want to see in the Spurs colours next season?

I would like to see Sissoko of Newcastle, he is a beast, also Balasse of Palace, he is great on the ball and will be good down the flanks, also Berahino, he has played with Kane & I think it would be a great partnership.

Sweden Spurs would be most welcome in my city, although it’s a small town, it’s in the middle of everything.

I would probably invite you to a good old fish & chip shop around the corner or there is a great Mexican restaurant in town, food & a beer, heaven.

Do you have any match-day traditions?

Match day traditions, make the 1 hour and 40mins drive to my parents house in Tottenham, meet my dad & brother there, mum makes us lunch before the game, 15min walk to the stadium, back to mums for dinner then that 1 hour 40min drive home.