Without Bobby Buckle, there would be no Spurs! He wasn’t just one of the founders of the Hotspur football team he was at the centre of every major moment in its development off the field during the first twenty years of its existence.

While on the pitch he was the team captain ( just 13 years old) in that first season and is the first known goal scorer in the clubs history. A speedy winger he remained a main stay of the side for ten years

This website brings together all the information that has been gathered to use in the application to English Heritage to get a Blue Plaque placed on Bobby Buckle’s family home at White Cottage, 7 White Hart Lane, Tottenham. This address was used as the first postal address for Tottenham Hotspur Football Club.

To help the application we need to establish the level of support from those living and working in Tottenham, those involved with the Club and fans both in the UK and overseas

​If you would like to support the application please go to the ’Support Us’ page. 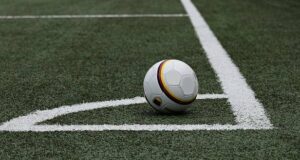