I del 10 sedan nystarten av En Värld, Ett Lag tar vi oss till Darwen i England där Craig Almond bor. Jag följer Craig på Twitter och vi träffades som följd av det innan premiären borta mot Everton. In part 10 since I took over One World, One Team we’re visiting Darwen England where Craig Almond lives. I follow Craig on Twitter and as a result of that we met up for the first time before the season opener at Everton. 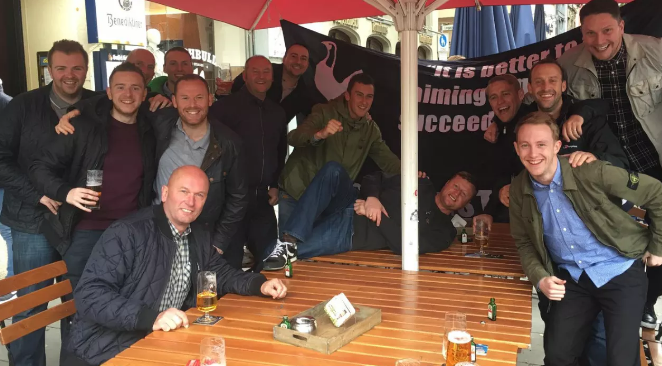 Where do you live?
Darwen, England

When and why did you start supporting Tottenham?

Around the Archibald, Ardiles era because of their style of football.

Do you have any favourite players? Past and present.

Valentines Day at City 15/16 season when I took my now wife to her first away day.

Not too many. No we don’t. I travel to see other fans.

How often do you go to WHL?

What’s the best with away days?

Meeting up, few beers and a weekend away. 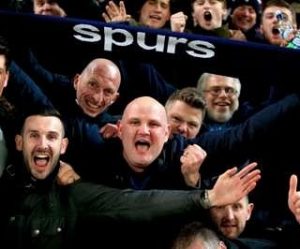 (Craig is the one under sp in spurs)

Best away ground to go to and why?

The old Upton Park because of the rivalry.

What do you think about the start of the season?

Where do you think Tottenham will end up in the league? (Will we end up above you know who?)

At the moment we will be lucky to finish top 6 so a definite no.

What’s your view on leaving WHL and moving in to the new Stadium?

If someone from Tottenham Hotspur Supporters Sweden would visit your city, what do you think he or she have to do or see?

After an away day, they have to experiance walking our 3 golden retriever dogs at 7am when you are still drunk and haven’t been to bed.

Thanks Craig for taking time to answer my questions!

Hope to see you on an away day soon!