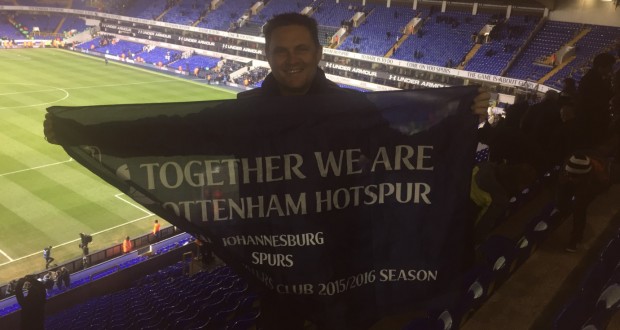 We have come to part nine of One World, One Team. I got a question from Peter J Borg if I could meet up with Ralph at Retro Bar in Stockholm for a Tottenham match as Ralph was in town. I could not make it to this match but Mathias Bridfelt could and gave me the contact details for Ralph. But I hope that I will get the opportunity to meet up during the NLD in London this weekend!

I am a controller in the Business finance part of Ericsson Broadcast Media Services, part of the Ericsson group

When I was a little boy I was captivated by the magic of the FA cup. The constant singing of the fans and the atmosphere looked great. In ‘81 & ‘82 finals I watched Glenn Hoddle score and decided he was the greatest player alive. I supported Spurs since then.

Do you have a favourite player? Past and present.

Hoddle is my idol, but Gary Mabbutt was also a hero for me. Currently Hugo Lloris is my favourite Spur

I have a strange Spurs memory which was the 2008 Carling Cup final. Since supporting Spurs from the early 80’s I had dreamed of going to a cup final to watch Spurs win. Only with me not being a member and not able to get a decent ticket, my friend Nathan(also a Spurs fan) was only able to get us tickets in the Chelsea end.

It was an amazing feeling to see us score that winning goal, but I was gutted to look across the stadium at the thousands of Spurs fans screaming and cheering while I could only cheer inwardly for fear of being lynched if I showed my true colours amongst the Chelsea fans.

Another great memory is watching Peter Crouch score the winner v Man City at the Retro bar in Stockholm in 2010 (filled with even more fanatical Swedish Spurs fans) to see us through into Champions League football. It was at this event that Peter Borg gave me this scarf. 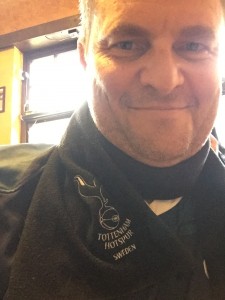 Is it possible for you to see all matches on TV? If not, how do you follow the team?

We have a newly founded Joburg Supporters club @JHBSpurs and we meet up regularly. This is a particularly good season to ramp up activities with the team playing so well J The meet-up point is at a bar called “The Baron on Main” @TheBaronMAIN

Have you ever been to White Hart Lane for a live match?

I have been very fortunate to go to the Lane at least 10 times, Wembley for 2 Carling Cup finals as well as a Europa cup game in Lisbon. My most recent visit was for the 1 – 0 win over Watford on Feb 6

What do you think about the season so far?

Best season we have had in years. Such a cohesive unit, right the way starting from chairman, through manager, to the players. I hope that the manager stays so see this team through this development stage to league and Cup glory

What players do you think have performed over/under their capability so far this season?

Alli, Dembele & Alderwereld have been immense. Vertonghen has been better but I suspect only due to Alderwereld’s introduction really.

You must attend the Joburg Supporters club to attend a match-viewing if there is a game on.

In 2011 Spurs came out for a pre-season tour and they helped us arrange a Q& A with Mabbutt and Allen. we raised 15kZAR by auctioning off a signed shirt and we donated it to the SOS childrens home which Spurs sponsor. These pics are of us travelling through to Rustenburg to the house to see the house and hand over the cheque. It was very rewarding expereince. 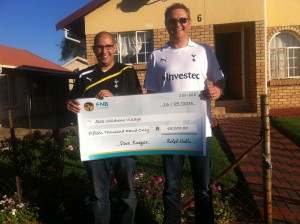 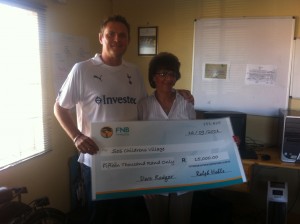 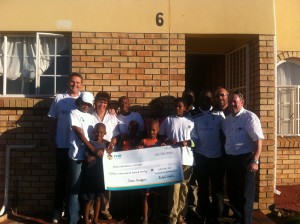