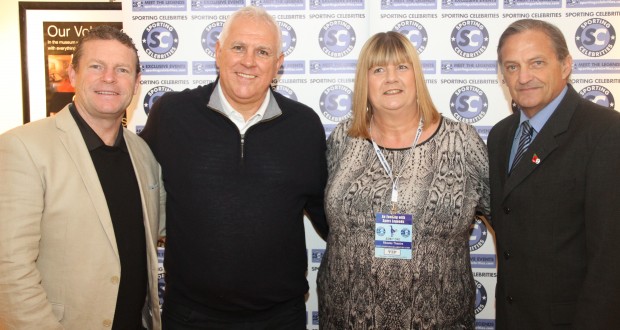 One daughter, Aimee who is 23 years old.

I am Legal PA for a firm of solicitors in London

I started supporting Spurs when I was 12 after going to watch them train at White Hart Lane and met Steve Perryman for the first time. That was it I was hooked after meeting him and Alan Gilzean and they took the time to speak to my friend and I.

Do you remember your first Spurs match?

Yes it was when we played Middlesbrough 16 August 1975 and we won 1-0. One of our few wins that season as we had a terrible time that year.

Do you have a favourite player? (Past and present)

My favourite player of all time is Steve Perryman but from the present team it would have to be Harry Kane though the way the team are playing at the moment it is hard to pick just one player. 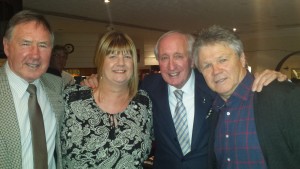 If you could meet one player you haven’t had the chance to meet yet, who would it be?

That would have to be David Ginola. I think you would find he is at the top of the list for most female supporters. Of course he was a great player for us and his flair and touch was sublime at times. Also he still has a great infinity with the Club like most ex-players.

I was at WHL when Graham Roberts lifted the UEFA Cup in 1984. Best feeling ever when that final whistle was blown. Also I remember how the crowd chanted Danny Thomas’s name continuously after he missed the penalty. We were all right behind him all the way and I think that is what helped Tony Parks save his penalty. The fans were definitely the 12th man that night. Still gives me goose bumps thinking about it.

Have often to you go to White Hart Lane?

I try to go to most home matches. I’ve only missed 3 games this season so far.

Do you go to any away matches?

Not normally mainly because of cost and because I go to most matches on my own and never fancy doing the journey on my own. Though I always meet up with people I know at the Lane once I get there before and after the matches.

What are your thoughts on the season so far?

This season Pochettino has gone way up in my estimation. The work ethic he has installed into the players and the extra training they have been doing has certainly paid off. They are now playing as a team and not as individuals trying to outshine each other. All the players seem to want to play well for him too which is good to see. Just so pleased we got Poch and not LVG as our manager.

Who have improved their game most from last year according to you?

Lamella has really come on this season though he needs to calm down a bit still when he goes in for a challenge. He does run around a bit like a headless chicken sometimes and that does worry me. Very impressed with the number of assists he has had this season too. Also been very impressed with Dembele he has knuckled down and he literally bosses that midfield when he plays and we certainly miss him when he is out injured.

Your predictions on where Spurs will end up in the league?

After recent performances why can’t they finish in first place? The way they fought against Manchester City was brilliant. In seasons past they would have buckled once City had got the equaliser. Not one player put his head down which really impressed me. In all honesty though I just want a Champions League spot and I can’t see them finishing lower than 4th.

If you have to choose between winning the Premier League or one of the FA cup or Europa League, what would you choose and why?

I would love to win the Premier League just to finish finally above Arsenal after all this time it would be a dream come true. Honestly I would be happy with an FA Cup win or Europa. We are overdue some silver in our cabinet – why can’t we go for it all?

Any visitor from Sweden must do the stadium tour, especially as it won’t be around for much longer. There is so much history there and to see and seeing behind the scenes is amazing. Even better if you book a Legends tour and have one of the ex-players take you round you will hear some great stories from their perspective of being part of the Club. The minute you walk through the tunnel onto the pitch you will get goose bumps – believe me.

As I’m not a lager drinker I couldn’t recommend any of our beers, though I don’t think any of them are up to the standard of Swedish beer!! We have an amazing selection of wine to choose from though and spirits. Non-alcoholic you can’t beat a good English cup of tea.

Food wise a good Sunday roast is in order, especially with one of our Yorkshire puddings!