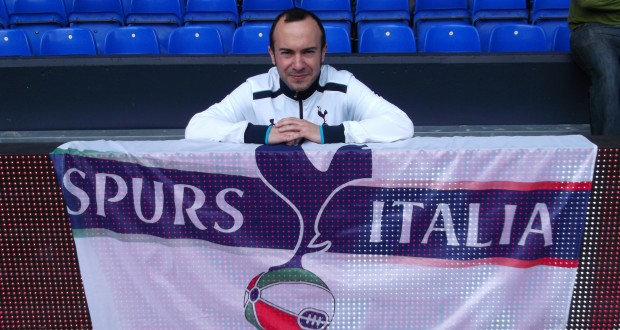 Where do you live? Stoke on Trent

What do you work with? Betting company

When and why did you start to support Tottenham? It started nearly 20 years ago, because of my English cousin. First game at White Harte Lane was Tottenham-Everton 5-2 ( 1st of January 2004)

Do you have a favourite player? Past and present. Ginola, Keane, Bale for the past. Eriksen for the present 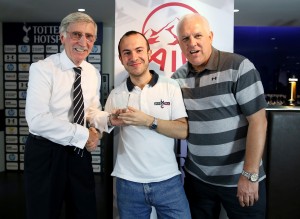 Do you have any special Spurs memory? Loads of! Bale hat trick in S. Siro ( I was there with my friends that supports Inter) , played at the Lane with other supporters two years ago. Kane last minute free kick against Villa last year, with all the away supporters going mad.

Is it possible for you to see all matches on TV? If not, how do you follow the team? I am trying to watch as much as I can on tv, but I rather go to see it live when I got the chance. Away games are the best so far.

Are there a lot of Spurs fans where you live? Do you get together and watch matches? I moved recently to Stoke, and meet some guys from Leek that have season tickets and often go to games. It’s amazing how many Spurs I have found here in Staffordshire, and everytime I got the chance I am joining them

How often do you go to White Hart Lane?

I used to live quite close to White Hart Lane, but this year I have started to go more often then before. Usually 5/6 times a year.

Do you go to any matches away?

Birmingham against Villa was my first away game in the Premier League, but S.Siro in the Champions League was my first ever away game, when Bale scored his hat trick

Who have been the best player so far this season?

Dele Alli as a revelation, and Alderweireled for the balance and solidity that gives to our defence.

Do you think that Spurs need to buy any new players in the January transfer window? If you do, what positions do we need to strengthen?

We need a striker. Kane is amazing, but he can’t cope with everything by himself

Would you rather that Tottenham win a trophy or end up top four in the league?

Winning the Europa League, so we can qualify for the Champions League

You’re a member or Spurs Italy. What do you think about the official supporter clubs and the international network?

It’s a useful way to get in contact with people from other Nations, and to share our experiences in order to develop as a supporters club. Also it’s a way to realize how followed is this club world wide

We are based on different city in Italy, and I think that this is one of our strenght. It will be wonderful if we keep an Italian team in the Europa League, we can be perfect guides for you!

Wherever you go in Italy, you will always find good food. With drink I would suggest you some good wines, as we can find beers already in England

Do you have any match-day traditions?

Usually, on the home games, we meet each other at Bill Nicholson pub before the game. For the away games instead we got some secret rituals