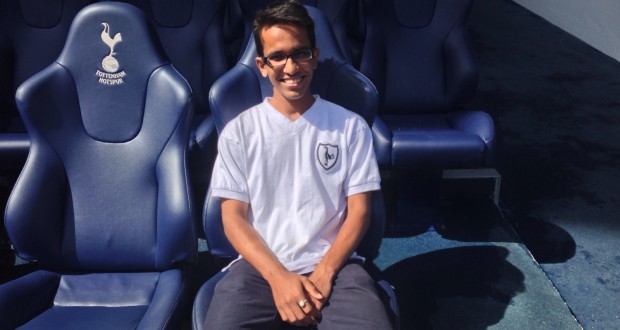 Where do you live?
Bangalore, India

Family?
Parents stay in Calcutta while my elder sister is working in Hyderabad.

What do you work with?
I’m a final year engineering student.

When and why did you start to support Tottenham?
The partnership of Berbatov and Keane attracted me towards the club. The rich heritage associated with the club and the League Cup victory in 2008, triggered it all. The first match which I remember watching was Spurs 6-4 Reading in 2007. So been close to a decade now. 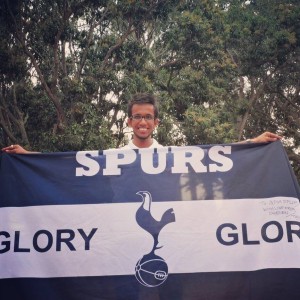 Do you have a favourite player? Past and present.
Van Der Vaart my favourite past player. He had to leave the club under sad circumstances. Currently, it’s Christian Eriksen.

Do you have any special Spurs memory?
Qualifying for the Champions League in 2009/10 remains my favourite Spurs memory till date. Followed by the Danny Rose screamer in the NLD the same season.

Is it possible for you to see all matches on TV? If not, how do you follow the team?
No. Not all matches are telecasted. Alternative option is live streaming or follow Twitter updates if I’m travelling.

Are there a lot of Spurs fans where you live? Do you get together and watch matches?
Not really, but there are quite a few (50 odd people). Enough to get together and screen matches whenever they’re telecasted. 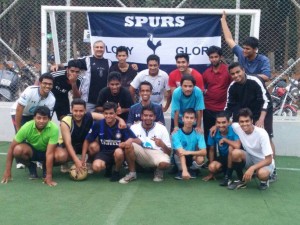 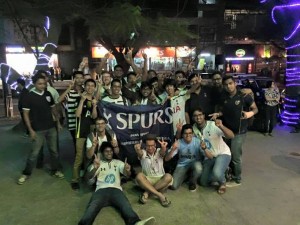 Have you ever been to White Hart Lane for a live match? Yes. Spurs v/s Stoke this season. 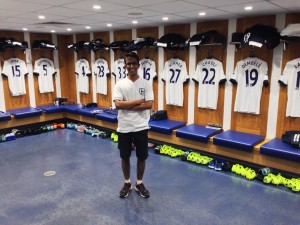 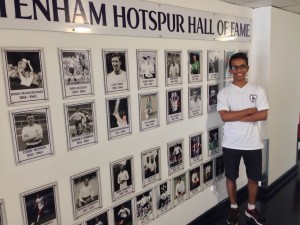 What do you think about the start of the season?
Contrary to the popular belief I feel we have had a good start to the season. Unbeaten in last 7 games, best defensive record in the league and within touching distance of top 4. Really need to focus in the Europa League this time.

Who have been the best player so far?
Hands down, Eric Dier.

Would you rather that Tottenham win a trophy or end up top four in the league?
It is a tough question. A club like Tottenham should be winning trophies regularly, however given that, I would prefer playing in CL than being called a Cup team. So yes, top 4 for me.

If someone from Tottenham Hotspur Supporters Sweden would visit your city, what do you think he or she have to do?
He/she should get in touch with India Spurs from FB or Twitter and the rest will be taken care of. Irrespective of whether it’s a match day or not, we will invite you over and make you feel at home along with other Spurs supporters.

If someone from Tottenham Hotspur Supporters Sweden would visit your city, what do you think he or she should eat and drink?
Masala Dosa and Lassi. It is heavenly.

Do you have any connection with Sweden?
None as of now, but it indeed is one of my preferred destination for my graduate studies.

Do you have any match-day traditions?
I always pull on my Spurs shirt on match days and tend to avoid talking to anyone 1 hour prior to the match.

We thank Sourjya for being part of this series and wish him luck with his studies!